Cycles in the City

Interesting little article in "Westcoast Homes & Design" which is a real-estate advertising glossy magazine inserted into the Vancouver Sun. The article expounds on the virtues of cycle & pedestrian-friendly developments and lifestyle in the city.
This article ran in the recent Fall 2012 edition. 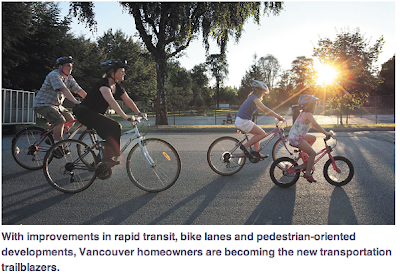 Posted by MR/PM Cyclist at 9:23 AM No comments:

We love our members and volunteers, and want to have a chance to show our appreciation, so mark your calendars and join us on Sunday August 12th, from 2-6p, at the new and beautiful Pier Park in New West, for HUB's Summer Social.

There'll be an organized group ride leaving from HUB's office in Vancouver at noon, gathering from 11:30am (fun!), with a stop at Metrotown along the way (to pick up our Burnaby friends), snacks and drinks when we get there (yum!), and lots of chatting, gabbing and goodness (yay!)

. More details to follow but make sure to put it in your calendars today!

Great perspective and analysis of Maple Ridge by a couple of locals, Ian McLeod and Claus Andrup. Get your copy today (printed or digital .pdf versions) HERE. 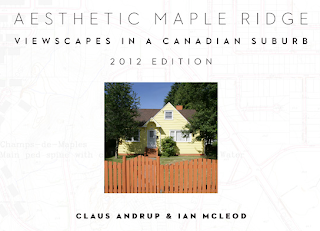 Posted by MR/PM Cyclist at 1:37 PM No comments:

Maple Ridge Cycle already moved 2 months ago, but I've been too busy to write about it. Owner Troy has had some time now to get things organized, so today was a good day to go see his new store and talk to him.


I hope he's going to put up a bigger sign outside the store, because if you're not paying attention and you don't know where it is, you'll walk right past it. For those of you who haven't been there yet: it's just around the corner from the old bike shop, just south of Lougheed at 11771 Fraser Street, between 224th and 225th Streets.

This move must have brought back lots of memories for Troy, because he told me he's been digging up some history of the old store. He said it all got started with Griffin Bros. in the 50s, who sold not only bikes, but also lawn mowers and pedal scooters. The store was renamed Maple Ridge Cycle in 1967. It's been at its previous location on Lougheed Highway since 1981. Troy started building bikes at Maple Ridge Cycle when he was only 10 years old. Now the owner of the shop, he has a 5 year old son, who some day might follow in his footsteps. When the building changed owners recently, Troy decided it was a good time to move to a cheaper location.

Troy's goal is to turn non-cyclists into cyclists. He's actually got a "stepping stone" strategy to make that happen. He starts getting people excited about bikes by offering cool cruiser bikes in bright colours. Those are good for short distance rides in town. Then, when they want to go for longer rides, they feel that the cruiser is a bit too much work, and they'll move on to the next step: the lighter hybrid bike. The hybrid may be just what they'll ever need, or some of them may get interested in road bikes.

Troy has lots of plans. Once he has everything in his shop set up just the way he wants it, he wants to start organizing neighbourhood rides, and he'll be offering bike mechanics courses. I'll be the first one to sign up!

Email ThisBlogThis!Share to TwitterShare to FacebookShare to Pinterest
Labels: bike shop, Maple Ridge Cycle, moved, new location
Newer Posts Older Posts Home
Subscribe to: Posts (Atom)
We are the Maple Ridge/Pitt Meadows committee of HUB Cycling: bikehub.ca.
Our committee's page on HUB website.
Click here for meeting minutes, letters to municipal government etc.
Meetings: 2nd Thursday of each month, 6:45 - 8:45 pm, Maple Ridge Library, Alouette Room. Note: due to COVID our meetings will be held on Zoom until further notice. If you would like to attend a meeting, please send an e-mail to Jackie at jchow23708@yahoo.ca.
To be added to our e-mail list, or contact blog editor, e-mail Jackie at jchow23708@yahoo.ca